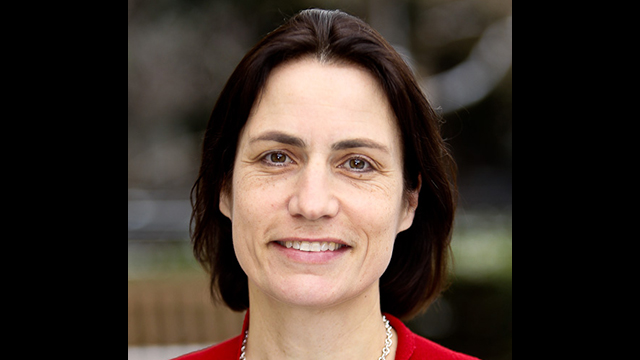 **After registering, you will receive a confirmation email containing information about joining the webinar. Please note, you will only be able to join the webinar at the specified time and date.

If you register for and attend a Burkle Center webinar, you will not be seen or heard via video or audio, but may submit questions via the Q&A form at the bottom of your screen.

In addition to the webinar, we will be livestreaming this event on the Burkle Center’s YouTube page. The Youtube livestream will be available below at the start of the event. Please note: While YouTube allows you to watch the event in real time, you will only be able to ask questions if you register and attend through the webinar link above.

Fiona Hill is a senior fellow in the Center on the United States and Europe in the Foreign Policy program at Brookings. She recently served as deputy assistant to the president and senior director for European and Russian affairs on the National Security Council from 2017 to 2019. From 2006 to 2009, she served as national intelligence officer for Russia and Eurasia at The National Intelligence Council. She is co-author of “Mr. Putin: Operative in the Kremlin” (Brookings Institution Press, 2015).

Prior to joining Brookings, Hill was director of strategic planning at The Eurasia Foundation in Washington, D.C. From 1991 to 1999, she held a number of positions directing technical assistance and research projects at Harvard University’s John F. Kennedy School of Government, including associate director of the Strengthening Democratic Institutions Project, director of the Project on Ethnic Conflict in the Former Soviet Union, and coordinator of the Trilateral Study on Japanese-Russian-U.S. Relations.

Hill has researched and published extensively on issues related to Russia, the Caucasus, Central Asia, regional conflicts, energy, and strategic issues. Her book with Brookings Senior Fellow Clifford Gaddy,“The Siberian Curse: How Communist Planners Left Russia Out in the Cold,” was published by Brookings Institution Press in December 2003, and her monograph, “Energy Empire: Oil, Gas and Russia’s Revival,” was published by the London Foreign Policy Centre in 2004. The first edition of “Mr. Putin: Operative in the Kremlin” was published by Brookings Institution Press in December 2013, also with Clifford Gaddy.

Kal Raustiala is a professor at UCLA School of Law and the UCLA International Institute, where he teaches in the Program on Global Studies. He has served as the Director of the UCLA Burkle Center for International Relations since 2007.