Skip to main content
Home » Events » WHAT DID THE CHRONICLES REALLY MEAN TO SAY?

WHAT DID THE CHRONICLES REALLY MEAN TO SAY? 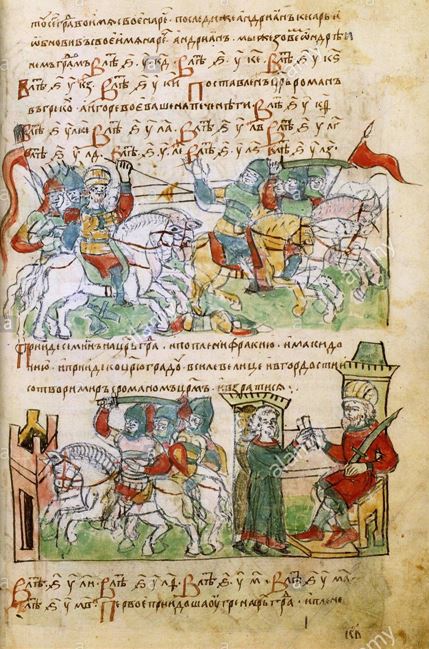 Revisiting the Laurentian and Hypatian Chronicle Accounts About the Failed Raid of Prince Igor Svjatoslavic in 1185.

Harvey Goldblatt is a Professor of Medieval Slavic Literature in the Department of Slavic Languages and Literatures at Yale University. He is the author of numerous publications on general problems of language debates in the Slavic world as well as on specific works that deal with language speculation in and the literary patrimony of Slavia orthodoxa. His current projects include a major study on the Igor´ Tale, tentatively entitled “Слово о пълку Игоревѣ – The Lay of Igor’s Campaign. A Guide and Commentary” (to be published by the Ukrainian Harvard Research Institute) as well as various aspects of the Cyrillo-Methodian literary tradition. A two-volume collection of his studies will be published in Poland in early 2019, under the title Studies on the Medieval and Premodern Literary Civilization of Russia and Ukraine. A volume of his articles on the writings and thought of Ivan Vyšens´kyj will appear soon in Kyiv.