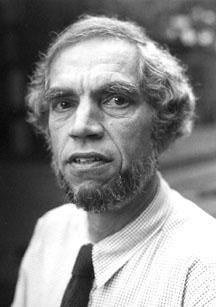 The UCLA Slavic Department and the University community at large mourns the untimely passing of Professor Michael Henry Heim, who succumbed to cancer on September 29, 2012 at the age of 69 after a valiant struggle with the disease. A distinguished professor and former chair (1999-2003) of the Department who taught at UCLA for some forty years, Professor Heim was an internationally recognized scholar whose translations from an extraordinary array of Slavic (Russian, Czech, Serbian/Croatian) and other European (Dutch, French, German, Hungarian, Romanian) languages into English placed him in the forefront of our profession. He was a theorist, a practitioner and a cultural activist, among the finest literary translators of the last half-century and a pioneer in the field of translation studies. His 1975 translation of Chekhov’s letters, reprinted by Northwestern University Press, was praised in the New York Review of Books as the best English guide to Chekhov’s thought. He made Milan Kundera accessible to an English-speaking audience with his translations of The Unbearable Lightness of Being and The Book of Laughter and Forgetting. His translation of Kornei Chukovsky’s monumental 600 page Diary adds an important witness to the period from 1901 through the period of Soviet power. His translation of Thomas Mann’s Death in Venice received the prestigious Helen and Kurt Wolff Translation Prize (2005). Professor Heim’s career in the European field was crowned with his selection, over many distinguished professionals, as the translator of Günter Grass’s Nobel prize-winning work, My Century. His translation was featured in major bookstores in the United States, Great Britain, the Netherlands, Germany, and Switzerland. He was again honored when he was commissioned to translate Grass’ memoir, Peeling the Onion. Although Professor Heim’s reputation rests primarily on his translations, his early scholarly studies of Russian eighteenth-century writers and their philosophies of translation continue to be highly regarded by specialists on a critical period in Russian history when the process of literary creation occurred largely through the prism of translation.

Michael Heim was an inspiring teacher and a dedicated mentor who contributed to his students’ intellectual development both in class and outside. Students praise him as a teacher whose door was always open. One undergraduate wrote: “I feel that my love and passion for literature has been renewed.  Prof. H. inspires a great respect for literature that is contagious.” Another recalled: “I’ve never been so excited to go to class.  He made Chekhov one of my favorite authors to read.” Graduate students rated his courses, especially the translation workshop he offered in the Department of Comparative Literature, as among the best at UCLA. A former student who benefitted from Heim’s mentoring and is now an Associate Professor of Spanish recalls “uncountable hours of stimulating intellectual” discussions and calls Heim “an unsurpassed model” as a teacher. TAs trained by Heim comment on how much his teaching influenced their own when they became professors.

Michael Heim served on the editorial boards of professional journals and of a translation series published by Northwestern University Press and reviewed manuscripts on a regular basis for major university and commercial publishers in America and Britain. He served on juries for the National Endowment for the Humanities and was a member of the Executive Board of the American Literary Translators Association. He also served regularly on scholarship and planning committees of leading American Slavic organizations, and organized numerous conferences—local, national and international. He devoted no less attention to UCLA’s needs than he did to the craft and art of translation or to teaching. He served on numerous UCLA advisory boards, helped to judge an undergraduate essay writing contest, and acted as faculty advisor to the journal Suitcase and the Graduate Student Association for Literary Translation.

Among the many awards and honors he received during his last decade at UCLA are his induction into the American Academy of Arts and Sciences (2002), a Guggenheim Fellowship (2006), the Ralph Mannheim Award for a Lifetime in Translation (2009), and the Special Lifetime Scholarly Achievement Award, with which he was honored at the January 2012 convention of the American Association of Teachers of Slavic and East European Languages. Shortly before his passing, he was promoted to the rank of UCLA Distinguished Professor. He earned the profound admiration and affection of students and colleagues alike, and will be sorely missed.

Department of Slavic Languages and Literatures