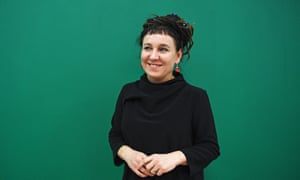 The Polish novelist and activist Olga Tokarczuk won the Nobel prize in literature. Tokarczuk was born in Sulechow near Zielona Gora, in Western Poland.Tokarczuk has been described as one of the most critically acclaimed and commerically successful authors of her generation. In 2018, she won the Man Booker International Prize for her novel Flights (translated by Jennifer Croft), becoming the first Polish writer to do so. In 2019, she was awarded the 2018 Nobel Prize in Literature.